The Sacred Art Of Joking

Jonathan Bellamy spoke with sit-com writer James Cary, about his work, when jokes go wrong, and humour in the Church. 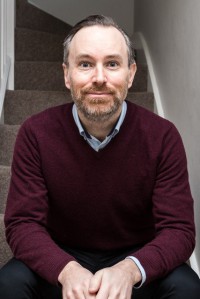 Comedy can be hard to get right. A sense of humour is seen as important, but humour that lands badly can lose you your friends, job, and in some extreme cases your life.

James Cary knows about this. He is a sit-com writer. He's written jokes about bomb disposal in Afghanistan and been on a panel with the radical Muslim cleric Anjem Choudary. He's also a member of the General Synod of the Church of England. He's also released a book called 'The Sacred Art of Joking' and Jonathan Bellamy talked with him to find out more about him and his thoughts on comedy.

Jonathan: First of all, what's the funniest thing you've ever seen or heard? What or who creases you up?

James: My favourite situation comedy of all time is probably the British sit-com 'Yes, Prime Minister'.

I'm currently showing Blackadder to my kids, although only one or two episodes, because some of them are not really suitable for children.

I love the American show Seinfeld.

Situation comedies are my favourite really, so that's how I ended up doing that as a job. It's been quite exciting, better than real work. My father was a dairy farmer, now that's really hard work. I'm getting away with it so far.

Jonathan: When did you first realise that you could make people laugh?

James: Well, I'm the youngest of four; I've got three older sisters. I used to make them laugh quite often by remembering stuff off the television. I think they found me remembering it and saying it as funny as the joke itself, but of course the laugh sounds the same, so I thought I was clearly some kind of comic genius.

I just about managed to work out how jokes worked before all that dried up. I think that's why I became a writer. I loved comedy and I wanted to know how comedy works and to do that you need to get into the writing of it really.

Jonathan: You're a member of the General Synod of the Church of England. Does that mean you're a vicar as well?

James: No. I'm a member of the House of Laity, so I represent the lay people of the funniest of all dioceses, the diocese of Bath and Wells. The Bishop of Bath and Wells is a funny character in Blackadder.

It is a pretty weird CV, isn't it? As you read it out I was thinking the only thing weirder than having that CV is being married to it, so you'll have to ask my wife about how somebody ends up doing all those things.