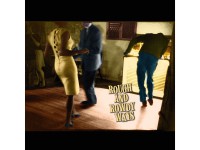 BRITAIN's Record Collector magazine has named the album 'Rough And Rowdy Ways' by folk rock icon Bob Dylan as The Best Album Of 202 in the New Albums section of their annual listing. The two-CD project contains such songs as "I Contain Multitudes", "False Prophet", "Goodbye Jimmy Reed" and the 16'56" long "Murder Most Foul".