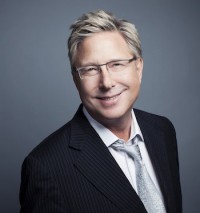 RENOWNED American worship leader Don Moen has been hit by fake news as reports of his death went viral via the Internet. A website, disguised to appear as a legitimate news source from Houston, Texis, reported the death of the internationally loved Moen causing the worship leader's supporters to launch an avalanche of mourning via social media. Said Moen, "Friends from all over the world began contacting me this week to make sure I was all right. It has been humbling to receive such an outpouring of concern and prayers for me and my family. However, I want everyone to know that I am ALIVE AND WELL! God still has a plan for me and for each of us; and he is still making a way where there seems to be no way. I love you. God bless you!" Moen, currently enjoying some time with family and friends in Michigan, resumes touring in August with a visit to South Africa and with dates in Asia, North America and Africa this autumn.