Tina Antwi spoke with Colin Hart, Director of the Christian Institute about proposed new parenting laws and concerns of miscarriages of justice 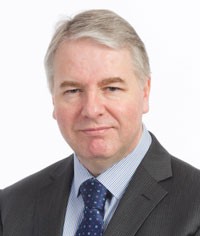 Earlier this year Government sources began briefing the national press that there would be a new law, which would mean up to 10 years' jail for any parent or carer who harmed the 'emotional, social or behavioural development' of a child. The Christian Institute raised concerns about the broad nature of the plans and last week the Government backed away from their proposals and the Serious Crime Bill now simply modernises the language of the existing child cruelty law. The Ministry of Justice has also written to The Christian Institute and confirmed that the new Serious Crime Bill will not criminalise religious parents who teach their children biblical principles. Tina Antwi spoke with Colin Hart, Director of the Christian Institute about the concerns he had had.

Tina: What was the main issue with the new law that had been proposed?

Colin: The main issue was that it could be all-embracing in its effect and many innocent, loving parents could be caught up in a system where they have done nothing wrong at all: it could be somebody has made some false allegation or there's a bit of tittle-tattle that's been recorded against the parent and it could lead to miscarriages of justice.

Tina: There's up to 22,000 children on the child protection registers, shouldn't something be put in force to make sure that these numbers don't increase?

Colin: There are already very strong laws in effect and, of course, social workers, if they think that children are emotionally neglected, can go to a court and argue that the children in extreme cases should be removed from the home. That's already there in our law, but this was going a stage further and saying in addition to that, the parents ought to be prosecuted. Now the trouble is that you can't have a law that outlaws sadness in families. There are some terrible cases, of course, and social workers and the police have powers to deal with that and to remove a child from those situations, but what we don't want to see is an all-embracing law that could lead to all sorts of injustices.

Tina: What specifically were the main ways that you thought parents could be criminalised as a result of this?

Colin: Well, what is emotional deprivation? Is it that a child is in a Christian home and is not allowed to read books that ridicule Christianity? Is it that a child can't watch certain TV programmes? Is it that there are certain ways in which a family operates? Perhaps all the family go to church and someone feels that it's wrong that a seven-year-old should be taken to church. There are all sorts of different viewpoints on religious views or ethical views that some people could take a different view on. Some people feel, like Richard Dawkins, that teaching Christianity in schools is worse than child abuse - he said that teaching that God created the world in schools is worse than child abuse. So if some people think like that, there is potential for lots of complaints to be made about innocent, loving family situations.

Tina: What would you suggest should be put in place instead?

Colin: I think there needs to be careful thought. It's important that the Government doesn't rush to legislate in this area. Some of the proposals that we had seen, that were talked about by leading MPs, were really very worrying indeed: they seemed to be all-embracing and would certainly have potentially caused concerns to Christian parents or those of another faith: there could have been situations where there could have been a clash with secular views and religious views. I think what the Government should do is they should consult very carefully and if there is a gap in the law then that needs to be looked at, fine, but it needs to be done carefully and not in a rush.