Persecution Of Christians In India 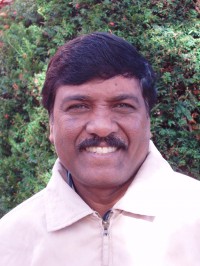 There are fears that the landslide victory for India's right-wing BJP party could herald an escalation of attacks against religious minorities, including India's Christian community.

There have been a growing number of attacks against Christians by extreme nationalists, pursuing the Hindutva ideology that to be Indian is to be Hindu.

The huge electoral success of the Hindu nationalist Bharatiya Janata Party (BJP) has been described as a victory for 'muscular nationalism'.

Its leader, Narendra Modi, stands accused of failing to prevent the 2002 religious riots in his home state Gujarat, which killed more than 1,000 people, mainly Muslims.

Tina: I would like you to enlighten me about the landslide victory for Indian right-wing party BJP. Firstly, could you describe what the circumstance of Christians and religious minorities was in India before the BJP landslide?

Kumar: We are really shocked. It's a big surprise to us that BJP has made it to power with such a big landslide win. The main cause of it, of course, is the voting en masse of Hindus. Also, we now confirm the information that even many Dalits - the lower-caste people - also have voted for them, because they are fed up of the previous government, which did not do much for the lower caste. We also have information that some Christian Dalits have voted and brought them to power. So this is the background of their big win. As Christians, we are concerned that they have come to power with a big majority, because BJP is generally known as a party which is given to the Hindu ideology, especially Mr Narendra Modi, the new Prime Minister, is an ardent supporter of Hindu ideology and a former member of the Hindu right-wing group. So, generally speaking, the Christians are concerned a lot and wondering what our future is going to be. We can predict that there is going to be accelerated attacks on the Christians in the country - and for the last one week I am very closely watching and we got the news that three instances of attacks have taken place in the last one week. So that's the kind of indication of what is going to come.

Tina: You were talking about accelerated attacks. Before the BJP got elected, what was the circumstance for Christians and other religious minorities in India?

Kumar: Even though the Congress government was in power previously, there were a few BJP-ruled states where the attacks were taking place periodically. Currently, there are five states where the BJP has brought what we call an anti-conversion law. These are some of the states where there were ongoing, well-planned, systematic attacks taking place on Christian community. Hence we feel now that BJP has come to power across the nation, we are foreseeing there will be accelerated attacks, well-planned attacks on Christian community in different states.

Tina: What are the main effects of the anti-conversion laws?

Kumar: If you take the state of Gujarat, the main effect there is the anti-conversion law says if you want to just share your Christian faith with another person, the government law requires that you should go to the local government authority, the magistrate we call, the district magistrate, and you have to record yourself, give it in writing that you want to share the gospel with such and such person six months ahead of time.

Tina: What measures do you feel need to be put in place to prevent the acceleration of attacks against religious minorities, including the Indian Christian community? What kind of help are you calling for from the international community or even from the Indian government?

Kumar: The main help we need first of all is that we need a concentrated effort of the global Christian community who will just be our voice; to stand in solidarity and in support with the suffering, persecuted Christian community in the country. That's one of the reasons I'm here in United Kingdom, thanks to the partnership with Release International, who are our major partners in the UK, who express their solidarity and their support. They raise prayers for us. We need it right now in the country because that's going to help the persecuted Church. It will boost them up that there are people around the globe who are standing in solidarity and in support.

Tina: Apart from the impact on Christians and other minorities, do you see any other good benefits that have come across as a result of the BJP landslide? The turnout was historically really high - and don't you think that's the start of a stable government of any sort?

Kumar: The BJP government, their main slogan is: Let's change India; let's bring a new development; let's make India a superpower; let's make India shining; and so on. These are typical words they have used to come back to power. Honestly, we as Christian communities, we really doubt whether that will actually happen, especially when it comes to the security and safety of the minorities in the country. Christians are very sceptical that this will happen. Even the other minority groups like the Muslims in India are also saying the same thing. So that's how we foresee the future.