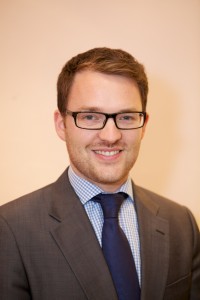 A Gambling Commission study in 2010 said that there were about 450,000 problem gamblers in the UK. In March this year the House of Lords debated amendments to the Gambling (Advertising and Licensing) Bill. CARE had been working hard to support Baroness Howe of Idlicote and Lord Browne of Belmont and their amendments including a 'one-stop shop' for self-exclusion from online gambling websites to help those addicted to gambling. Tina Antwi spoke with Chris Buttenshaw, the Public Affairs Officer for CARE to find out more.

Tina: What led to your policy focus on gambling since 2006?

Chris: CARE has had a longstanding interest in the issue of gambling, since around 2006; that's because of the Gambling Act 2005, which really polices gambling in the UK and is how it's legislated for. We had a particular concern about the growth of online gambling. Lots of people think that it's just about debt, but individuals are connected to other people and our real concern is that online gambling, which is particularly addictive, has a negative impact on lots of people around those who are struggling with gambling themselves. It undermines family life and it's really pervasive in our culture. So that really kick-started our action on this issue.

Tina: The Government didn't accept the specific amendments that you promoted. Do you still feel that you were successful with your campaign?

Chris: Yes. CARE did a lot of work over quite a long period; for between a year and 18 months, we've worked on what was called the Gambling (Licensing and Advertising) Bill, which is now an Act of Parliament. We gave oral evidence to the Culture, Media and Sport Select Committee which began the process of reviewing the piece of legislation and then we also gave evidence to MPs during the passage of the bill through the House of Commons and we worked quite closely with MPs and peers throughout the process of the bill.

One of our real concerns about the bill was that it really liberalised how gambling companies can advertise in the UK. We're particularly concerned because advertising is one of the ways that really sucks those who struggle with gambling into gambling in the first place and that's what gets them hooked. We had anecdotal evidence from people like Justyn Larcombe who ran his own company, but was lured in by advertising and it took him deeper and deeper until he lost everything.

One of the amendments that we had worked on with some members of the House of Lords, in particular Lord Browne of Belmont, was for something called a one stop shop for self-exclusion: it would simply be that you can go to one place online and say, 'Please don't let me gamble on your websites,' and then they would stop you and you'd do that once and it would cover you for all gambling websites. You can do similar things offline at the moment, so you could go into five shops on your High Street and say, 'Please don't let me gamble any more', and you can do it for a fixed period or for a long time and they would be obligated to do that for you, to not let you gamble. The problem with doing that online is there aren't just five websites: there are 50, or 500 websites, so there is no real way that an individual person can go to every website and say, 'Please don't let me gamble'. The one stop shop is to basically give those who are struggling with gambling the same protection online as they currently have offline.

Now you're right that the Government didn't accept the amendment, which was really disappointing. They seem to be of the opinion that actually: 'Let's try and see if companies can do it themselves; let's see what the Gambling Commission can do'. But as a result of the work that we did with Lord Browne, the pressure that he was able to put the Government under, the Government has actually changed its position, not to include it in the bill, but they've committed to taking action: they've asked the Gambling Commission to review self-excluding provisions as part of the wider exercises they're doing to strengthen protection for those who gamble and the aim for them is to make significant process within the next six months, so we're certainly keeping an eye on what's going on. I know that Lord Browne has been keeping a very close watch on the Government, as have we, just to see what progress is being made. So although the amendment wasn't accepted, by being involved and by raising this issue we've actually been able to see the Government take steps that will end up hopefully protecting those who struggle with gambling online.

Tina: What other measures do you feel need to be put in place in order to protect gamblers? How far do you think we need to go to ensure problems and issues concerning gambling are solved?

Chris: That's a good question. One of the problems that arose from the Gambling Act 2005 and one of the things that we don't think has been helped by this new act, the Gambling (Licensing and Advertising) Act, is that gambling, as an activity as something that is fun to do, has become increasingly normalised: it's moved from your High Street - or a little side alley - onto the main streets and it's moved from there onto your mobile phone or onto your television or onto the internet. The pervasiveness and normalising of gambling without equivalent measures to protect people and warn people of the dangers of the addictive nature of gambling: that's something that really concerns us. So certainly this solution of a one stop shop for self-exclusion - it's not a silver bullet: it won't fix everything - but it will provide crucial protection for those who struggle.

The most recent stats available from the Gambling Commission in their study say that there are about 450,000 problem gamblers in the UK - that was in 2010; that's roughly doubled from about 200,000 in 2007. That's a large chunk of our population who are struggling. The same gambling prevalence survey that was done found that there are about 900,000 people who are at risk of becoming problem gamblers, while a further, I think it was 2.7 million, displayed what they called 'some risk factor', so it's not a niche issue, it's not a small thing: it affects hundreds of thousands of people in this country. So something like raised awareness of that is certainly something that we're very keen to see the Government take a more active role in and to see the Gambling Commission do more. The one stop shop self-exclusion mechanism would do that.

One of the other things that we worked on with the Gambling (Licensing and Advertising) Bill was to do with financial transaction blocking. So in effect what the amendment did was to protect vulnerable people who are at risk from becoming addicted or running up massive debts from accessing sites in the UK that are unlicensed. Again the Government initially resisted some of these proposals, but they responded by working with some payment providers, people like MasterCard or PayPal, so that those providers won't process transactions between gamblers who are accessing sites in Britain and unlicensed sites.

So there are things that are being done - it's just a case of that's a drop in the ocean and it's a really welcome one, but there's much more to be done to take that work forward.

Tina: I heard about your partnership with other Christian organisations as well, such as Evangelical Alliance. Why do you feel the need to partner with other organisations? How do you think this has impacted your campaign?

Chris: At CARE we do great work on our own, but some of our most effective work is working with others, whether that's people who agree with us on lots of things or people who agree with us on very few things. We've been able to work with a number of different organisations, particularly on the issue of gambling: so that's people like the Salvation Army, the Evangelical Alliance, Quaker Action on Alcohol & Drugs, the Methodist Church: lots of different concerned groups who have a shared common goal of seeing vulnerable people protected from potential harm. Working together we've been able to have a really strong voice speaking into the process as bills come into the House of Commons, or the House of Lords, or as different select committees. We've been called upon for our advice and expertise as individual organisations, but also as a body who represent a large number of the population. So having that - you can call it co-belligerence, working together on this one issue, has been really effective for us and certainly it's something that we do across a number of different areas.