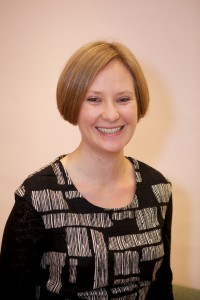 Earlier this year Peers from across all parties voted to introduce child trafficking guardians in an amendment to the Immigration Bill in the House of Lords.

Following pressure from a coalition of charities including CARE, Peers voted by 282 to 184 to give greater protection to trafficked children who, once rescued, often find themselves at risk of further abuse and the horror of being re-trafficked.

CARE had played a leading role in campaigning for the introduction of specialist guardians for child victims of trafficking over recent years and had supported a number of amendments. Research had shown that the current system of care was not sufficient to provide trafficked children with the level of protection and support that they need.

Tina Antwi spoke with Louise Gleich, the Human Trafficking and Sexual Exploitation Officer for CARE to find out more.

Tina: Please could you enlighten us on the system of guardianship?

Louise: What the amendment was trying to do and what we have been encouraging the government to introduce is a system of specialist guardians. These people would provide consistent support to a child who's identified as a victim of trafficking. They would be able to speak for them and help them get through the very complicated systems that they have to engage with. When a child is identified as being a victim of trafficking, they have to deal with the police and perhaps they're in local authority care and they have social workers and all of that care process. They will be trying to access education or medical care and services. They would have immigration issues and immigration meetings. They're in a foreign country, most of them. Many of them have difficulty speaking the language. Some children don't even know which country they're in when they're found and brought into a place of safety. There are other things that these children need: they need to be in accommodation that is safe; they need to be in accommodation which will not allow their traffickers to get back in touch with them; they need to be cared for.

What these children don't have is one person who can go with them to all of those meetings and who can support them through all of that process. So what this system that we've been calling for will provide them with is one person who knows and understands trafficking and the risks that these children continue to face and the challenges that they experience and who can speak on their behalf and can help explain to them what's happening and walk through that whole process with them.

We would love to see these children being placed in specialist foster care, where foster carers have had special training about trafficking and there have been some pilot schemes on that, but the Government hasn't taken that up to roll it out more widely.

Louise: Members of the House of Lords have been bringing amendments into Parliament for the last couple of years and organisations like ours have been calling for this system for a number of years.

The Government in the past had previously been saying that the current systems that we have were sufficient, that all children who are in care have certain support mechanisms available to them as well as their social worker and that these would be sufficient. But the fact is that that's not the case.

There was a piece of research done quite recently that was published last September by the Children's Society and Refugee Council that showed that trafficked children are just not getting the kind of care and support that they need. I think it's because they have some really particular needs and some particular challenges that they face that put them at such risk of going missing, or of being re-trafficked: being put back in contact with those who had trafficked them and exploited them. This means that they really need to be supported by people who know and understand these risks and who can take the appropriate action, which isn't necessarily the case for general social workers and those who would support all of our children who are being looked after by local authorities. So it's really great news what's happening.

To update you, the Immigration Bill has been going through Parliament and the Lords overwhelmingly voted in support of this amendment that was put down by four members of the House of Lords from across all the parties. That amendment was voted for by a margin of almost a hundred peers, which is great, and this has really pushed the Government to come up with their own proposal. So, the Government has now proposed that they will introduce a clause into the new Modern Slavery Bill that will help to provide this system. So it's not going to be in the Immigration Bill because the Government have taken it out of the Immigration Bill but, because they heard how much members of the House of Lords really want this system to be in place, they are taking forward their trial schemes that they are planning to start later on this year. The Modern Slavery Bill will have a clause in it that will relate to this system, which is a huge step forward, and we're really hopeful that this means that in the future there will be a system that will protect the hundreds of children that there are in this country each year who are found to have been trafficked and who need this vital and specialist support.

Louise: I don't think it's an either-or situation. We need to raise awareness about trafficking. I think it's a great thing that the Government are doing the Modern Slavery Bill. That is also beginning to raise awareness of the issue: we need much more awareness of the issue amongst our professionals. The Government has said that they're going to introduce some specialist teams at airports to identify victims of trafficking, particularly looking out for children who are being brought through airports, which is a really great step forward on that. But we need all of our border officials and all of our healthcare professionals and all of our police officers to be much more aware of the signs of trafficking. We also need the Government to be working in partnership with other countries around the world to help prevent trafficking at the beginning from the place where children are brought from. So it needs to be tackled on all fronts, in all directions.

We need to be more aware that trafficking can happen anywhere in our towns and cities and even in some of the rural areas across the country. We need to be more aware of it and more able to spot some of the signs and be in touch with our police officers if there's something that we're concerned about. I think we need to look generally at how we care for victims of trafficking in this country and the support that we provide. We provide support to adult victims as well as to children and we need to keep making sure that we're able to provide them with the support that they need.

There's a range of different things that we need. We need to look at the strategies that we have as a country to enforce the laws. The laws that we have are hopefully going to be improved by the Modern Slavery Bill. And we need to make sure that we're able to bring more prosecutions so that those who are exploiting other people, and particularly exploiting children, are held to account and that will hopefully make it seem less attractive to others to keep this process going on. So that will hopefully reduce the numbers.

So we need to try and approach it at all levels. We need to care for victims that we find in this country who have been trafficked, because they've been brought here to our country and we owe it to them to give them the support that they need. We also need to try to put off traffickers and making sure that when we catch people we bring them to justice.