John Bunyan: A forgotten hero of the faith

Michael Marcel shares the story of the man who wrote the book that is second only to the Bible in the number of copies it has sold worldwide. 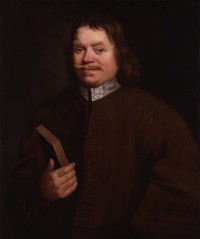 This forgotten hero wrote the book that is second only to the Bible in the number of copies it has sold worldwide and he was hugely persecuted for his Christian beliefs. His name: John Bunyan.

John Bunyan was born in Bedfordshire in 1628. He only had a rudimentary education, learning little more than how to read and write.

He worked with his father as a tinker, returning to the job in 1647 after serving in the army during the Civil War.

It seems that the Lord was protecting him as he grew up, because he had two accidents that could have been fatal, and during the Civil War someone who asked to replace him on sentry duty was shot dead.

Bunyan had few equals for cursing, lying and blaspheming, but his wife, unsurprisingly, was keen that he should change his ways, so she would read the Bible to him and encourage him to go to church.

From this point his character slowly began to change, but it was not until he started going to a dissenter's meeting that he became 'born again'.

By 1655 he had moved his family to Bedford and he started to preach. He was a very gifted and much admired speaker.

Bunyan soon had an itinerant ministry and hundreds came to hear him speak. He had a passion and an amazing ability to grip the heart in communicating truth. He felt that when he spoke he had an angel at his back - he probably did.

Thank you for sharing - not heard of John Bunyan till now.