Voting And Values In Britain: Does religion count? 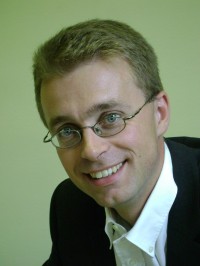 Ask someone their religion in America and you can have a reasonable guess as to their politics. What about Britain? For too long, the precise relationship between religious (and non-religious) commitment and political identity and values in Britain has been under-researched, but a new Theos report seeks to rectify that. Tina Antwi spoke with Nick Spencer, the Theos Research Director, to find out more.

Tina: Your research examined the relationship between religion and the political commitments in Britain and I was really intrigued about what led you to conduct the research.

Nick: We conducted a research project about 18 months ago, which was written by Andy Walton. It asked whether there was a religious right emerging in Britain and, to cut a long story short, that project concluded that the answer was no. But it begged another question, which was if we don't have a religious right, if we're not going down the US path, what do we have? Is there such a thing as a religious vote or a religious block vote and, if so, what impact will it have? So we decided we would investigate that particular question in this research.

Tina: In terms of the relationship between members of the Christian denominations and the voting preference, what did the research reveal?

Nick: We went back through about 50 years' worth of British election studies and charted how people of different religious groups or different Christian denominations voted - or, more precisely, said they had voted - in each of those elections. Broadly speaking, there were some alignments - not strong blocks but alignments: alignments between Anglicans and the Conservative Party, between Roman Catholics and the Labour Party, and much weaker, certainly much weaker today, between other Christians and the third party. In actual fact, that doesn't mean that other Christians or nonconformists were more likely to vote for the third party than they were for the other two: it was just that they happened to be slightly more likely to vote for the third party than Anglicans or Catholics were.

Nick: Well, just to correct you slightly, we looked at regularity of attendance, but we focused more on political values by regularity of attendance. There are several different ways of cutting this particular data as it were; one is looking as you say at whether people call themselves an Anglican, a Roman Catholic, a different Christian from another religious minority group or from a non-religious group and looking at their voting behaviour, their electoral behaviour or their political values according to that. We also looked at political values according to how frequently people attend a religious service; not so much which religious service they attend but how seriously they took their religion - and we found that when it comes to political values, whether you are an Anglican or a Roman Catholic or so on, it's quite a weak indicator of where your political values lie, whereas whether you are a frequent attendee or an infrequent attendee or a non-attendee is a stronger indicator of where your values lie. To take one example, when it comes to where people sit on the welfarist to individualist scale we found that frequent attendees were more likely to be more welfarist, almost across the board on that particular issue; there wouldn't necessarily be a difference by denomination.

Nick: You have to be aware that voting is a very blunt measure; you don't get much of a choice and you don't get to choose very often. So it's very difficult to trace any direct causal link from any one single social or economic or cultural factor into somebody's voting preference because any individual's voting preference will be a mixture of a whole host of things: it will be a mixture of how old they are, where they live, what their education is, what social class they are, as well as what religion they have or none, so you will very rarely find a direct causal link like that. However, if you move away from simply electoral behaviour to political values you are more likely to find links between someone's religion, for example, and their political values and sometimes those links will be very clear.

The clearest single link we had was people's attitude to the death penalty: in the British Social Attitudes Survey, people are regularly presented the statement, 'For some crimes the death penalty is the appropriate sentence'. Now if you look at that simply according to denomination, you find that Anglicans are the most likely to agree with that statement (self-described Anglicans), but if you look at that according to frequent attendance you will find that by far the people who are most likely to disagree with that are frequent attendees, so that's probably an example of how specific religious teaching - or not even religious teaching: a religious culture and mentality and world view - cashes out in a specific political value. Other values won't be as clear as that but that's one example of where there seems to be a clear causal link.

Tina: He talks quite a bit about Conservatives and Labour, but what about the Liberal Democrats?

Tina: Why is that? Is that suggesting that people of religious values don't have any values or principles that Liberal Democrats stand by?

Nick: No: you have to remember as I said that these aren't absolute or block votes, so it's not as if all religious people or all Christians or all frequent attendees or all Anglicans or whoever vote for one party and none for another party, any more than all non-religious people vote for Liberal Democrat. All these figures show is that there is a preponderance in favour from those groups, that's the first thing to say: you will certainly get Christians and Muslims and people of non-religion voting for Liberal Democrat, as you do Conservative, Labour and so on: it's just that the balance is slightly tilted one way or another.