Women's Health Put At Risk By Watering Down Abortion Law 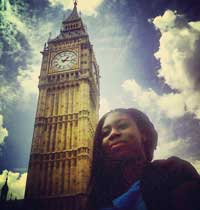 Women's health will be put at risk by the Government's plans to formally end the requirement for doctors to see women considering an abortion, according to a new poll.

The survey from ComRes, found more than three quarters of the public (76 per cent) including nearly eight in 10 women (78 per cent) think the Government's decision to water down Britain's abortion laws puts at risk the health of women.

Nearly nine in 10 (89 per cent) say that a woman requesting an abortion should always be seen in person by a qualified doctor. This figure rises to 92 per cent among women voters.

The poll also found that nearly nine in 10, (86 per cent) agree aborting babies solely because of their gender should explicitly be banned. This rose to 88 per cent among women.

The survey was commissioned by The Christian Institute following the Government's decision to press ahead with the "greatest liberalisation" of the Abortion Act since 1967.

To find out more Tina Antwi spoke with the Christian Institute's Media Officer.

Tina: Of those surveyed by ComRes, 84% agreed with the statement that, 'women asking for abortion should always be seen in person by a doctor'. Why do you think it's important?

Media Officer: I think the whole principle behind two doctors seeing a woman is that they can form a strong opinion based on real evidence: it's not hearsay; it's not a bunch of forms. As you and I both know, when we go to see a doctor in person it's very different from reading about the illness or hearing advice from a medical professional. Seeing a doctor in person is ultimately the most important step in receiving sound and well-informed treatment.

Tina: ComRes polled on euthanasia and abortion and concluded that young Christians, 18 to 24-year-olds, were more concerned about abortion, compared to those over 65. Why do you think that is?

Media Officer: The poll surveyed 2,000 people and obviously you have different age brackets. I think abortion is a more pressing issue for younger people because you'd assume that a lot of them were facing the reality of having an unplanned pregnancy, because a lot of them are either in relationships or considering going into a relationship. So that's a more pressing issue compared to those who are, let's say, over 60, or over 65, who might be settled already in their course of life.

Tina: The British Pregnancy Advisory Service, which is Britain's largest abortion provider, says it should be necessary for a doctor to see a woman before signing a form to approve an abortion. Is this something you agree on?

Media Officer: Absolutely. In 1999, the abortion guidance that came out from under the Labour Government said that medical practitioners, so: doctors, must give their opinions on the reasons for the terminations following consultation. It's very much an emphasis on the doctor physically seeing the woman and that's something the Christian Institute would very much like to keep and uphold and see introduced back in the guidance.

Tina: Do you think it's important that abortion limits should be reduced below the current 24-week limit?

Media Officer: Obviously that's something that is very close to the Christian Institute's heart. The Christian Institute wouldn't want abortions in the first place, based on the sanctity of life - but for now, given that the way the guidance has been issued, we just want to see the two-doctor rule being enforced properly and in good faith.

Media Officer: It's a puzzle as to why they have said it's not a legal requirement for doctors to see a woman: they said it's a good practice but they said it's not a legal requirement. The poll clearly shows that nine in 10 people think that a woman who wants an abortion should be seen by a doctor - and let me add to that as well: 92% of these people were women. So it's a clear indication that the public are very much in favour of the doctor physically seeing the woman. Also the poll checked and asked people whether doctors who falsely claim should face sanctions. Now eight in 10 people said that these sanctions should include prosecution, which is quite a serious disciplinary measure on any scale. So it does give you a very clear indication of where the public are actually at with the whole issue of abortion.

Tina: Do you think the Department of Health should be able to override public opinion in this way?

Media Officer: In this country when there's a law, the whole reason that the law exists is to protect the people: to have safeguards in place so that the public are essentially protected. The 1967 Act had many safeguards: it says that two doctors should, in good faith, form an opinion. The safeguards that were put in place in the 1999 guidance ensures that doctors fully consult with the woman and don't just make the decision on whether they should have an abortion based on information, let's say, from other members in the medical profession. So absolutely, they should enforce the law and it is their responsibility to make sure that these safeguards are upheld. After all, the Government are responsible for the safety of the public.