Michael Card: The American singer/songwriter runs through the thinking behind his song "Jubilee"

Songsmith MICHAEL CARD talks us through his song "Jubilee". 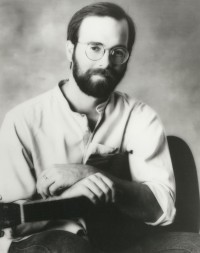 Anew decade has just begun, whether we're ready for it or not, and the final decade of the century at that. That means it is time for looking to the future. Precisely because it is time to look to the future, it also means that it's time to look back, to the past. When we do begin looking to the past many of us will realise that it is a neglected and forgotten place.

Our neglect of the past, our almost utter disregard for it, is nowhere better seen than in the current tendency to abandon the Old Testament. Those who do neglect the Hebrew Bible not only end up misinterpreting much of the New, they also simply miss so much of what it has to say to us about its central character, Jesus. For if the Old Testament is about anyone, it is about Him.

In Leviticus, amidst some admittedly pretty boring stuff, is a concept that even today brings tears to your eyes if you think about it. It fired the imaginations of the US's own founding fathers who inscribed on the Liberty Bell the passage from Leviticus 25:10, "Proclaim liberty throughout the land and to all its inhabitants." It was known as the Jubilee. Every 50 years the trumpet would sound to announce that all debts would be cancelled and all slaves set free. It was to be a time of rest and celebration. Even the earth was allowed to rest, as no crops would be sown during the entire year. Rest, forgiveness, freedom, that was Jubilee.

It is almost impossible to imagine the sheer joy that must have accompanied such a celebration. What had been pent up for 50 years would suddenly burst with the sound of the trumpet. No wonder the word "jubilation" was born from it.

Jubilee is an indication of what the heart of God is like. He longs to see his children set free from their slavery to sin; to mark their debts "paid in full". That desire in the heart of the Father became incarnate in Jesus. He paid our debt and set us free. Through Him God accomplished all that was in His heart. Jesus is our Jubilee.

If the celebration of the children of Israel was riotous, how much more should ours be? Their celebration lasted only for a year and lapsed back into 50 more years of waiting. Jesus has granted our freedom and forgiveness now and forever. His resurrection was our "trumpet sound."

Along with the unimaginable Jubilee of chapter 25, let's not forget that Leviticus also speaks to us of Passover, and a lamb, and a scapegoat; that the jubilation that Jesus has made possible was bought at a great price. The price was his own blood. Amidst the joy and celebration of our gatherings we must never forget the sacrifice of Him who died so that we could have life, who suffered that we might know the indescribable joy of Jubilee

Amen and hallelujah! The sermon next Sunday will be on Lev25 and Card's song has been running through my head.