Opening Up Wells Of Revival

Jonathan Bellamy spoke with Michael Marcel about past revivals in the UK, why we haven't seen a revival in recent history, and what he believes we need to happen to see revival again. 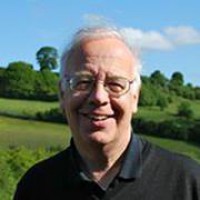 Jonathan: Tell me about yourself, if nobody has heard of you before.

Michael: No, probably not. I'm an accountant, or should I say I was an accountant. I've recently given up all accounting. For the last 25 years I've been researching revivals, any move of God in the UK after 1400, 1500. I've been trying to study and record.

Jonathan: Why? What was the background to doing this?

Michael: I was in a John Arnott meeting (John Arnott from Toronto), and God told me to do a 40 day fast. I was sure that He was wrong, and that I'd heard wrong, but I did actually do that.

At the end of that fast I had a dream where I was in the front of church and somebody ran up the aisle and said, "God's going to tell you what your ministry is going to be."

Then almost immediately I went over to a prayer conference in America. While I was over there I had about seven different prophecies, impressions in my mind, and seeing things on buses to do with wells. God told me to "Pray open the wells of revival." The only problem was I didn't know where the wells were.

Jonathan: Was this something that had been in your heart beforehand, or was this out of the blue?

Jonathan: So can you explain what you mean by a 'well of revival'? What constitutes a well?

Michael: From my point of view, it's anywhere where God has poured out salvation over more than just a church. It needs to have spread beyond a church into the surrounding area, for me to count it as a revival.

Jonathan: And you're plotting out the different places across the UK where you've discovered that there was a well of some sort, at some level. How many have you discovered so far?

Michael: About three and a half to four thousand at the moment.

Michael: Yeah. But I haven't covered the Baptists or the Anglicans. It seems that mainly the Methodists loved recording revivals. It's far more difficult to get information about the Anglicans or the other denominations.