Daniel O'Donnell: The Irish superstar talks about his latest album and his faith 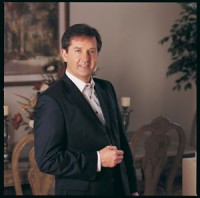 Over the years Cross Rhythms has interviewed literally hundreds of artists of every style and every persuasion. But seldom has it played host to a singer of such staggering success as Daniel O'Donnell. His stats are truly extraordinary. Daniel is the only artist in recording history to have charted at least one album every year since 1988, he has made the UK Albums chart with more than 30 albums and his total album sales have now reached over 10 million copies. The smooth-voiced, country-tinged crooner from the little village of Kincasslagh, County Donegal has found unprecedented success. Yet as well as his millions of supporters he has never escaped the snipes and sneers of the critics who claim that, despite for years being an omnipresent in the UK country charts, Daniel's music isn't genuine country music; that his fanbase consists of ladies of a certain age more interested in indulging their romantic or maternal fantasies than seriously engaging with music; and even that his Christian faith is insincere or unbiblical. In fact, Cross Rhythms found this intelligent, gentle Irishman to be a delightfully modest Christian ambassador, well able to handle the most cynical of critics. Daniel visited Cross Rhythms to talk about his Christmas album 'O Holy Night'. Here's what he said.

Peter: What made you decide to record another Christmas album?

Daniel: I recorded a Christmas album back in the '90s ['Christmas With Daniel', 1994] but "Silent Night" was the only carol on there and I'd always thought about recording a Christmas carols album. I'd sung a lot of them through the years and this year [2010] I finally got to do it. I just picked favourites of mine, there are so many Christmas songs to choose from but most of them on 'O Holy Night' are very well known carols.

Peter: Presumably you recorded 'O Holy Night' during warmer weather. How did you get into the Christmas spirit?

Daniel: (laughs) Well it wasn't warmer weather, we recorded it in March so it was wintry enough. It's funny, generally when you do these type of albums you're most likely to be recording them out of season. You just get into the swing, I think the songs are beautiful themselves, they're just such nice songs to sing.

Peter: You've mentioned the songs on the album are all favourites of yours but does one in particular stand out?

Daniel: My favourite Christmas carol has always been "Silent Night". I've always loved that one. But there's lots of them really because I chose them. I'm lucky in that respect - all of the songs I've recorded through the years I get to choose them myself. But there's "In The Bleak Midwinter", it's not one that I would have sung prior to doing the album, although I'd always been aware of it but I'd never sung it. Of the few that aren't carols, one is called "Remember Me" which was written by a friend of mine, Fergal Flaherty, who's from Ireland but lives and works in Tenerife. Another one, "Mary, Did You Know?" you may be familiar with here but until I started doing shows in America I wasn't. I heard the song in Missouri at a Christmas show - it's a more contemporary Christmas song. "Christmas Day 1915" was written by a man in Ireland and it documents the events of Christmas day during World War One in 1915 where the German and British soldiers came together in peace. The British soldiers heard "Silent Night" being sung in German and joined in. Both sides came out of trenches and had a ceasefire. It's a very emotive song, it's very well written obviously, but just the whole story of that was incredible. It's a great song. 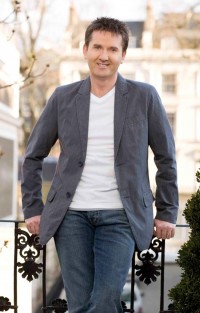 Peter: Down the years you've recorded at least 40 albums. To a new fan, which two albums would you recommend they start with?

Daniel: It's very hard really, I suppose the compilation ones. The greatest hits have a lot of the songs that have been popular for me. It's hard to pick, you always think the most recent ones are the best. I like 'Country Boy' with all those covers of country songs. I love country music, so I think that one is a good one.

Peter: You've never been considered by the music media to be a very "cool" artist - whatever that means. Does that perception irritate you?

Daniel: No not really. I suppose I'm very fortunate in that I have a very strong following and have always been able to tour quite successfully over the years and I've just enjoyed doing what I do. I suppose the media or the music industry have an idea of what way they want to be or what way they want to go but there are always people that are successful but may not be included in a lot of airplay or television or whatever, but I'm one of the ones that keep going.

Peter: Talking about the music industry, a few years ago there was some controversy over the country music charts and whether you should be included in them. Looking back on it, what do you think about that situation now?

Daniel: This was a long time ago. It must be in the '80s when that happened. I'm more country than anything but of course I mix Irish songs as well and then through the years I've done '50s and '60s stuff. So, depending on the album I definitely fall into the country category. I think if you look from a distance you'd think I was country.

Peter: You've always been known to be a committed Catholic. Do you think your music has as much to say to Protestant Christians?

I love ALL of Daniel's music. He has the most amazing voice, personality, and ability to sing other's songs even better than the original singer.
As for country-I was born and raised in Kentucky- from Irish descent-and I'm about as 'country' as one can get-and I think Irish music, in general and in nature-is also about as country as one can get. So, Yes, Yes-he is country. Wearing a cowboy hat and chewing doesn't make anyone country-neither does a FAKE accent. Thanks for the amazing music by Daniel O'Donnell-ALL of it! (I can't get enough of listening to him sing)

This is a very-well-written article. I met Daniel after a show, in May 2011, in Wilkes Barre, PA and it was just like greeting a long-time friend. His talent is unmatched, as far as I'm concerned, and his on-stage energy, boundless. You can tell he really cares about his fans, and is a genuine man of God. Thank you very much!