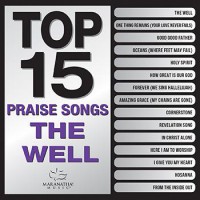 THE LATEST album in the Maranatha! Music Top 15 series, 'Top 15 Praise Songs: The Well', will be released in Britain on 8th June. The Top 15 franchise has sold more than two million units since its inception.