Vineyard Worship: Churches from UK and Ireland united in worship 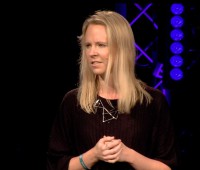 Those who are well in the know about the ongoing development of modern worship music will know that the international church stream known as Vineyard have, down the decades, produced more than a few classic songs and albums. From its earliest days the Vineyard churches, headed by American preacher, teacher and one-time musician John Wimber, were significant contributors to worship music's development. And by 1998, when the UK arm of the Vineyard churches brought together a number of British worship musicians to record the album 'Come Now Is The Time' and it made a major impact in British churches and in the USA, it had become clear that Vineyard's UK singers, songwriters and worship leaders had something fresh and vital to add to the stream of albums being released under the Vineyard Music banner. More British recorded Vineyard albums appeared in subsequent years, and several had international impact.

One thing, though, that tended to confuse Joe Public were the front sleeve billings of the albums. The 1999 album 'Hungry' had the billing Vineyard Music Sovereign, 2000's 'Surrender' had Vineyard Music UK Worship and 2006's album 'Turn It All Down' had the subtitle '10 Reflections On Intimate Worship From Vineyard UK'. However, after many years of confusing front sleeve billing, the latest live worship project emanating from British Vineyard's talented worship teams has settled on the same sleeve heading as for all their recent American releases, namely Vineyard Worship. 'Fill Us Again' was recorded live at the Vineyard National Leaders' Conference and features new songs from worship leaders including Dave Miller and Andy Hatherly (Trent Vineyard) and Samuel Lane (St Albans Vineyard). The album was released on the recently re-branded Vineyard Worship UK & Ireland.

Director of Worship Harmony Smith is an American-born worship leader who, with her husband Andy, has pastored Vineyard Belfast since 2001. She describes her role as "training, coaching and developing worship leaders around our movement. Whilst I've been doing this, our Director of Production and Publishing, Jimmy Cooke, has done an excellent job of pulling together writers and musicians from around the Vineyard movement in the UK and Ireland. One of the things I love to do is to release others - to help them find their voice."

One of the worship leaders on the 'Fill Us Again' is Zimbabwe-born Bernie Ditima, who leads worship at Trent Vineyard. He co-wrote two of the songs on the project, "Found In You" and "Spirit Come", and sang lead on Bethel Music's "No Longer Slaves" and Dave Miller's "Praise The Lord (Victory In His Hands)". Ironically, his favourite song on the album, though, is by someone else - "Saved" by Samuel Lane. Said Bernie, "I love how simply and beautifully it expresses how I would want to respond to the work of the cross and the salvation that I have found in Jesus. The lyric that moves me every time is 'I'm a sinner saved by the grace of God/Not for what I've done or for what I've not'. I love that! Jesus is our hope and purpose so how can we not respond with love for him." 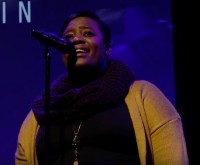 Cross Rhythms asked Bernie what stuck in his mind about the Leaders' Conference, where 'Fill Us Again' was recorded. He said, "Aside from the incredible teaching and wonderful times of corporate worship, the thing that impacted me the most was the real sense of unity and family within the bands that led worship that week. Although we were all from different churches within the Vineyard movement across UK and Ireland, we all bonded really quickly and spent a lot of time eating together, praying for and encouraging one another. It was truly special! In the Vineyard, worship is our highest priority and I think the reason why Vineyard UK has been said to have produced some of the best worship songs is because of our continual commitment to write songs that are firmly rooted in our worship values of Intimacy, Accessibility, Integrity, Kingdom Expectation and Passion."

Cross Rhythms asked Harmony Smith why it was that in many peoples' opinions, Vineyard UK was producing some of the best worship music around. She responded, "It is true that the Vineyard has played a part in shaping worship as we know it today. However, I am uncomfortable with the use of the word 'best'. We aren't competing with anyone. It's not about whose songs are the 'best'. There are so many anointed worship songs being written. In the Vineyard we love to sing our songs as well as those from other streams and movements. I believe our 'best' work must be viewed in the larger story of the Vineyard, because we are a church planting movement. Our 'best' work is more than a song - it's the churches planted and the worship that is rising up from those communities of worshippers."